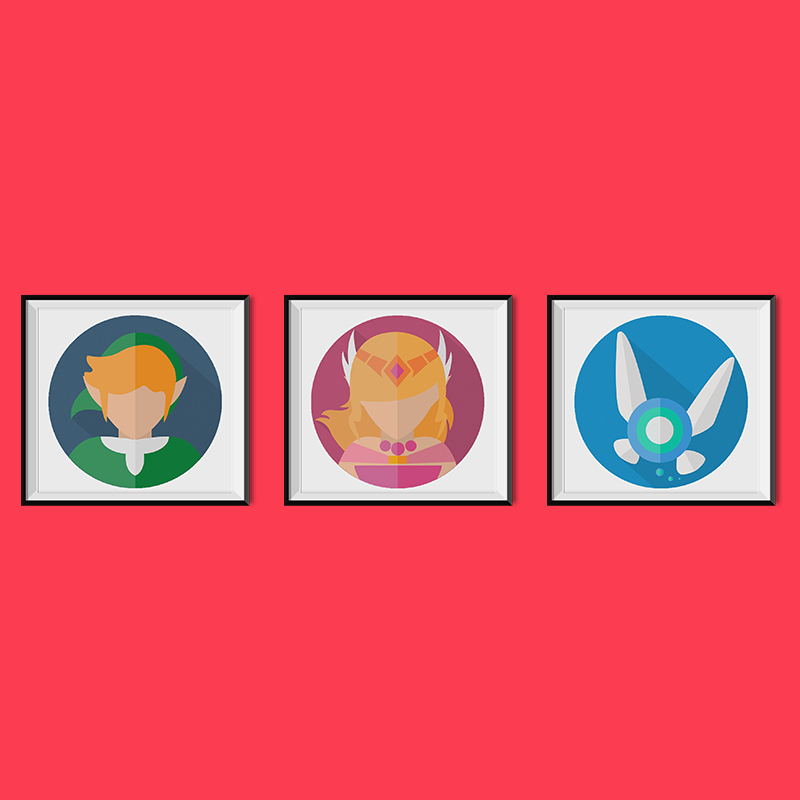 Creation of a set of flat design illustrations.

The list of Zelda is a website dedicated to the fans of the legendary video game franchise. Anyone can create an account and track down the in-game objects they have collected during their game sessions. It is indeed a necessary landmark, provided the tremendous number of collectibles to get!

I must confess I have never played any of the Zelda games. However, even if I knew almost anything about this universe, I found the project interesting and already well conducted. It thus took me very little time to be convinced to take part to the adventure.

3 main axes were suggested to me: avatars, video game consoles, and collectibles items.

The journey begun with the creation of some avatars. In order to illustrate the user accounts, the website offered the possibility to choose among a selection of various avatars. This avatars of course represent the characters that The legend of Zelda is renowned for.

You will therefore find: Link, Zelda, Ganondorf, Navi, Gerudo, a Goron, a Mojo, a Cucco and last but not least, Tingle.

Each installment of the series present on the website had to be accompanied by the consoles on which it could be played on.

Following the same spirit as for the avatars, I illustrated all of them. A nice nostalgia infused vibe then took over the project!

As of now, only the elements from the original The legend of Zelda and The Ocarina of Time have been illustrated. We still have a long way to do together.

This will most likely be the subject of a future update.

I hereby invite the most curious of you to come back some other time to see how the project has evolved and the new illustrations!